Travel safety has never been more important – but does safe travel mean the same thing in different destinations around the world?

It doesn’t; that’s why it’s so important for travelers to research safety conditions at their intended destinations before they leave home (in addition to downloading some important safety apps like GeoSure).

Travel insurance provider Berkshire Hathaway Travel Protection has a blog that focuses on travel safety. Here are some of BHTP’s top tips for staying safe in some of the world’s most popular destinations. 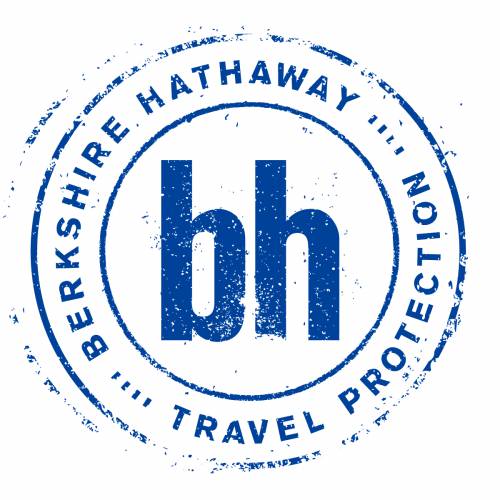 Paris is a safe destination that’s become safer for travelers. Follow these tips to make sure your next trip to Paris is safe and magical.

Paris is a city where emotions can run high – and sometimes those emotions spill out onto the street.

“If you come upon a protest, just let them go about their business,” recommends Tuula Rampont of the popular blog Belle Provence Travels. “They’re more concerned with getting the government’s attention than anything else.”

Whether staying in a hotel or a homeshare, stay in “well-heeled” areas of the city if you plan to venture out at night. You’ll pay a bit more, but the experience, and the level of safety, will be much better.

3.      If you’re a female or solo traveler, take extra precautions.

For female travelers, it’s extra important to stay in the nicer areas of town, especially if you plan on going out in the evening.

As Rampont says, “I wouldn’t recommend taking the metro late in the evening or walking alone late at night in ‘questionable’ neighborhoods like the red-light district near Montmartre.”

Also, women should avoid smiling at or making prolonged eye contact with men they don’t know. This can be misinterpreted as an advance.

Finally, female travelers should know that groping and other forms of sexual harassment are not uncommon on the metro.

Emilie Thyebaut of France Just For You notes that “petty thieves often stand on bridges as they can see the police coming from there.” She recommends keeping expensive cameras on a strap around your neck and looking around you before taking a photo with your phone.

Rampont recommends you keep your wallet or purse close to you at all times. A money belt, pouch, or aggressively secured clothing is worth considering.

Also, never leave your bags or valuables unattended in public places. Security officials may consider them a threat and destroy them.

A girl will pretend to pick up a gold ring on the street and ask if you dropped it. While she’s talking with you, the rest of her “team” will pick your pocket.

Also, someone may ask you to sign a petition, then ask for a donation. Don’t give them one. 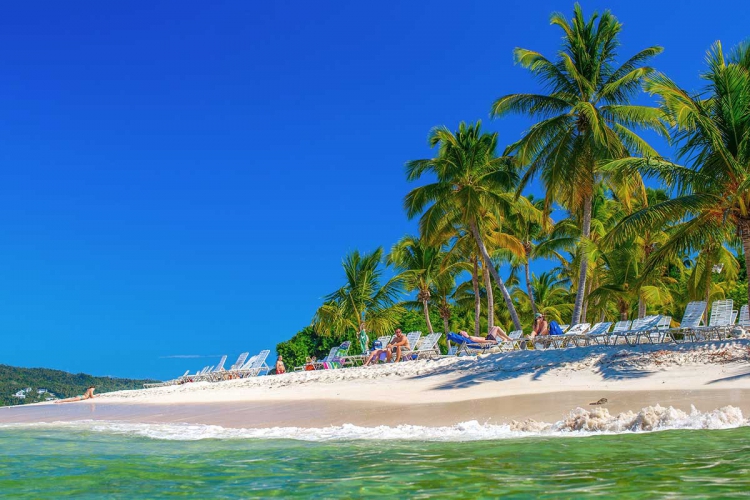 In spite of recent high-profile incidents, the Dominican Republic government insists the country is safe.

The government has ordered more frequent hotel inspections and the establishment of an emergency tourist center, and you can enhance your safety by following these steps:

Talk to local resources you trust – such as your hotel concierge – about areas to avoid when you’re walking alone, the safest ways of getting around, and which clubs are okay.

Check hotel safety ratings on TripAdvisor or have your travel professional research safe areas and resorts before booking.

Many Dominican resorts have complimentary, fully stocked in-room minibars. Check seals on bottles before taking a drink from a minibar bottle.

If you leave your resort, be especially careful of accepting a drink from a stranger.

The State Department recommends signing up for its Smart Traveler Enrollment Program, which registers your trip with the nearest U.S. embassy or consulate.

STEP can send you alerts about safety developments in the Dominican Republic and help locate you in case of emergency.

In addition, you should:

4. Cancel as a last resort

Even if you bought your trip “on sale” or as part of a package, it never hurts to ask for a refund.

In addition, Delta, Southwest, United and American have said they will consider flight change or cancellation requests for the Dominican Republic on a case-by-case basis. Some hotel chains, like Marriott, are doing the same.

Remember to read the fine print on airline and hotel cancellation policies before you book. 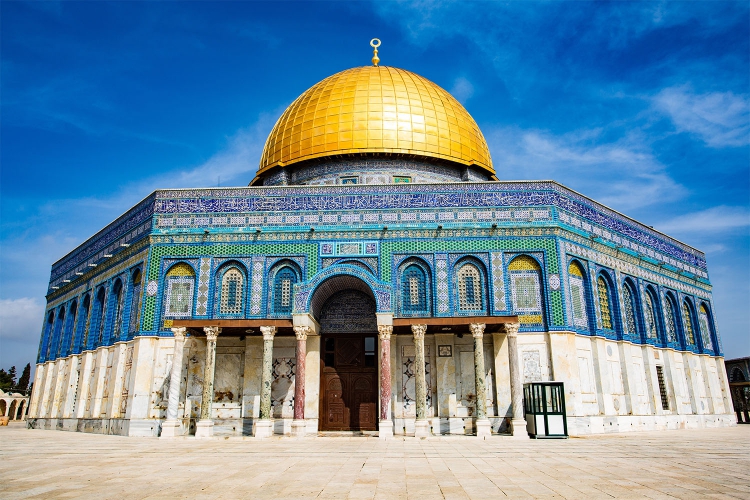 “Statistically, travelers are much safer in Israel than in most major American or European cities,” says Franziska Falkenberg of Tourist Israel.

These tips will help ensure your trip to Israel is memorable and safe:

1. Be ready for airport security

“Ben Gurion Airport [in Jerusalem] is one of the most secure airports in the world,” Falkenberg says. “Security and screening are part of the process, and travelers shouldn’t feel alarmed.”

If you’re traveling into the West Bank, expect multiple checkpoints run by either the Palestinian Authority or Israeli security forces. In Gaza, Hamas operates internal checkpoints and regulates entry.

Falkenberg recommends that travelers be polite and honest with security personnel, and never make jokes about weapons or bombs.

3. Be a defensive driver

“Israeli drivers are known for being slightly assertive when driving, so practice defensive driving,” Falkenberg notes.

Obey traffic laws; speed traps are frequent and fines are high. Also, make sure your auto insurance is in order before driving anywhere.

4.  Be careful in the desert

The Negev Desert covers a large part of the country. If you’re traveling to the desert, go with others, take water, sunscreen, and a cellphone, and let someone know where you’re going and when you expect to be back.

In general, according to Falkenberg, “Veering off the beaten path is not advised, and can result in getting lost or encountering security.”

5. Be conscious of religious customs

Women should not wear pants, jeans, or shorts in ultra-Orthodox Jewish neighborhoods. Residents may react strongly.

Also, don’t drive into ultra-Orthodox Jewish areas of Jerusalem on Shabbat (from sunset Friday to sunset Saturday). If you do, residents may stone your car.

Finally, avoid drinking, eating, and smoking in public places in Muslim-dominated areas during the holy month of Ramadan. 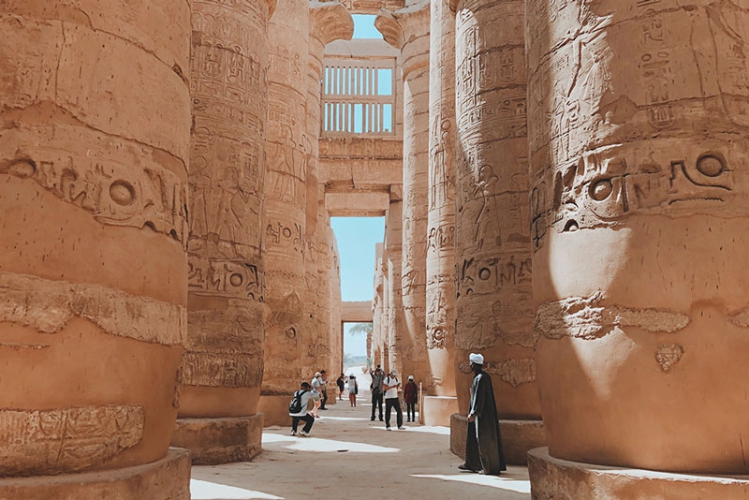 “[Egypt] is very safe,” says Egyptian-born Tewfik Ghattas, board member and Egypt expert for New Jersey-based Central Holidays. “It is much better and safer for tourists than it has been since the revolution, and for many years previous to that.”

These tips can make your Egyptian vacation safe and memorable:

Tour operators can secure tours of high-demand destinations like the Pyramids, Luxor, and Abu Simbel beforehand.

It can sometimes be confusing to understand what a standard admission covers. By pre-purchasing or going with a tour, you know what you’re going to see before you arrive at your destination.

2.  Be prepared for crazy airports

According to the State Department, there can be unruly crowds outside terminals at Cairo International Airport. In addition, unauthorized chauffeurs and “set fare” taxis are common.

Best bet: Take a tour, where all of this is taken care of for you.

Next best bet: Have your hotel arrange transportation from the airport. If that’s not possible, take an Uber.

Driving around Cairo is insane. The U.S. State Department notes that Egypt has one of the world’s highest occurrences of road fatalities, and traffic rules are often ignored and occasionally enforced.

Poorly marked roads, cars driving at night without headlights, cars driving the wrong way on one-way streets, and pedestrians and animals in the road are commonplace.

4.  Enjoy the Sahara, but be careful

The deserts of the Egyptian Sahara occupy more than half the country. While the Sahara is vast and spectacular, it can also be dangerous for an inexperienced traveler. Take a tour or hire an experienced guide.

Egypt is a Muslim country. As the British government advises travelers, “Dress modestly, especially in rural areas, mosques and souqs (markets). Women’s clothes should cover the legs and upper arms. Men should cover their chests. Public displays of affection are frowned upon.” 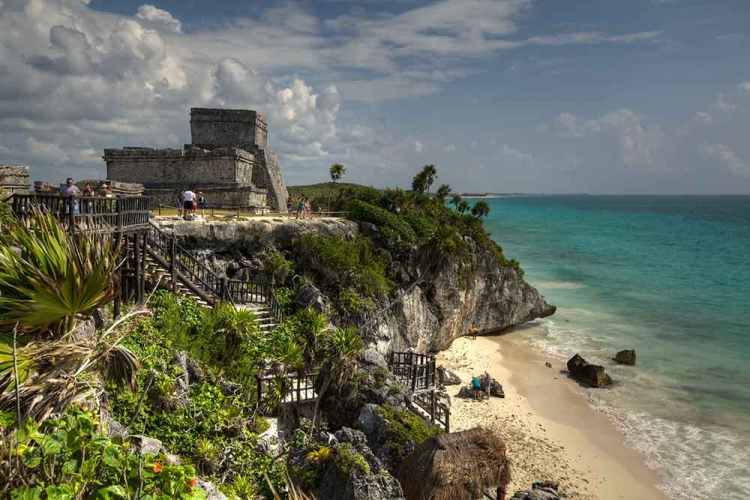 According to Rich Biswell, marketing director for Journey Mexico, “We feel confident in saying that Mexico is safe for vacationers and travelers.”

Here’s how to lessen your chances of being involved in an incident if you go to Mexico:

“Have someone you can trust – whether it’s a concierge at the hotel or a Journey Mexico guide or another reputable operator – give you [safety] advice,” Biswell said. “They’re not going to send you someplace bad.”

Don’t resist if somebody tries to rob you; hand over what they’re asking for. This is no time to play the hero.

Take only authorized taxis – “Taxis Autorisados.” They cost more, but their registered numbers can be traced. Don’t get antsy and opt for an unauthorized taxi.

Not all beaches clearly state the dangers of strong currents, riptides, and heavy waves. Get the scoop on water safety in Mexico from your travel professional or tour guide, the local tourism board, or online resources.

Actually, staying safe around the world starts with some simple things: being aware of your surroundings, being alcohol-smart, and ensuring your lodgings are secure. For an empowered and confident travel experience, using an app like GeoSure doesn’t hurt, either.